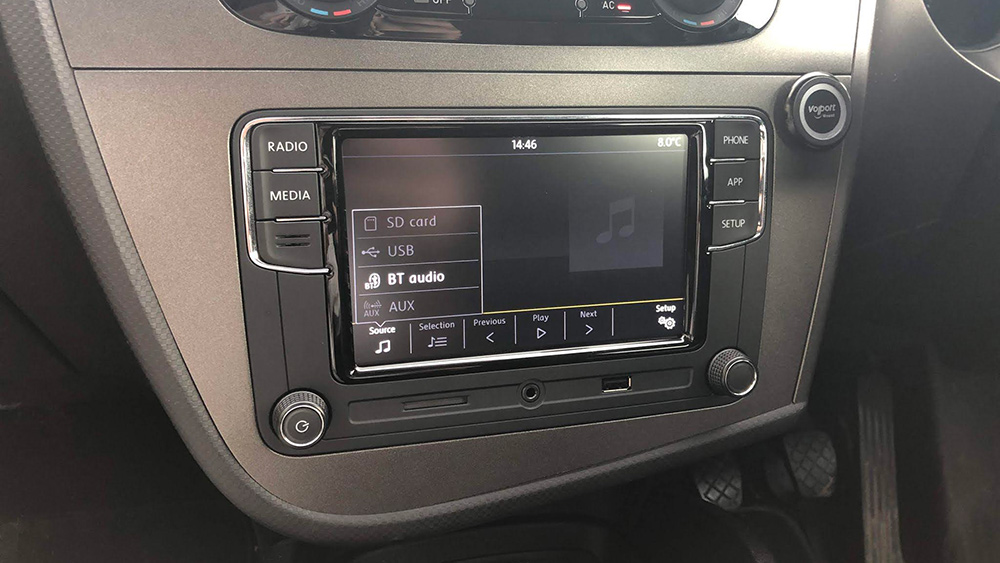 This guide walks through the process of fitting a VW RCD330 Plus to the Seat Leon MK2.

The reason I picked this radio is that it’s a direct (Almost – keep reading) fit to the MK2 Leon. It uses the existing wiring, illumination matches the original in the car and the steering wheel controls will work too. Note that this applies to my 2012 Facelift Leon 1P, I believe the pre-facelift models (2005 – 2009) may be a little different.

I understand there are different models to go for – I opted for a “Desay” as it was available from a European seller in Croatia. There are other models, some programmable from Chinese sellers – some of these also support Android Auto. The part number of the one I have is 6RD035187B.

So I connected it to my car and turned on the ignition – it came on like the original and once I connected my phone the CarPlay interface came on screen and everything worked perfect right off the bat.

The radio didn’t feel as well fitted as the original though and I couldn’t get the fascia back on. I remove the climate controls and confirmed there was enough room at the back of the unit, nothing was fouling it there but at the front I noticed the anchor points didn’t meet up as shown below – I almost took a Dremel to them.

Behind the SD card there is a little block to the casing. I thought that maybe this was the problem and started to disassemble the RCD330. A single Torx T9 is all you need to do this.

Sadly the block is secured rivets and can’t be unscrewed, I took it out to the car and confirmed this was indeed the issue. You can feel the block fouling the dashboard and stopping the screw holes lining up.

So I drilled out the two rivets and removed the box.

A quick re-fit into the dashboard, the screw holes and anchor points are all aligned nicely! You can see clearly now with the block removed the part of the dashboard that was blocking it.

So putting the radio back together the PCB for the SD Card is a little exposed now without the metal box around it but as the dashboard is all plastic here there is no chance of it causing a short. The PCB is also secured by clips to the front of the radio so that the SD Card slot can be used without the PCB coming loose.